Meet Farley Connelly, whose passion for birdwatching inspired him to pursue his PhD on how urban pollution impacts cognition and sleep in Australian magpies. Growing up in Chicago, Farley was inspired to explore science as a career after watching Steve Irwin on television. He has worked as a wildlife biologist at ceser and EnviroDNA since 2014 and also co-hosts the lively Animalia podcast. 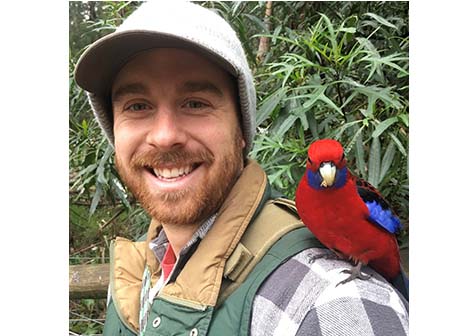 What is your research focus and what problems does it address?

In early 2020, I submitted my PhD (currently awaiting review) on how urban pollution impacts cognition and sleep in Australian magpies. I was supervised by Professor Raoul Mulder, Dr Michelle Hall, and Dr John Lesku.

My research had two components. The first was looking at the effect urban noise has on cognitive performance both in the wild and in the laboratory. The second was how urban noise and artificial light at night impacts sleep by investigating recorded brain activity.

Urban areas worldwide are expanding at unprecedented rates, often with devastating consequences to wildlife. Humans generate various forms of urban pollution that impact wildlife, including anthropogenic noise and artificial light at night. The effect such pollutants have on wildlife physiology and behaviour has been extensively studied, but their impact on cognitive performance and sleep remains poorly understood. Magpies are found in all environments across the country. Their advanced cognitive behaviours made them perfect subjects for my research.

What inspired you to pursue science as your career and academic path?

I have been interested in science, specifically wildlife, since I was a kid in Chicago watching Steve Irwin on TV. My interest transformed into a passion during my university years when I discovered bird watching. Watching and studying birds became an obsession that has taken me around the world and inspired me to undertake my PhD. I am currently working at cesar and EnviroDNA, two Melbourne based research groups where I focus on wildlife research. 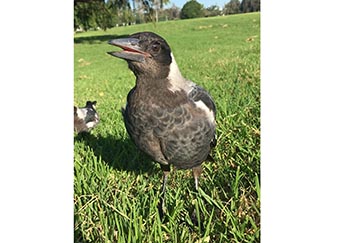 What do you enjoy doing outside of science?

Outside of my work, I spend much of my time outdoors bird watching, hiking or exploring Melbourne with my dog.  On cold Melbourne nights I love to watch a good movie or TV series whilst enjoying a large pint of craft beer. I also co-host a podcast called Animalia with Dr Annie Aulsebrook and our producer David Roker.

Do you have any advice for undergraduate students?

If you want to be a researcher, contact professors and graduate students and volunteer your help. Graduate students are always looking for volunteers and this will give you a great opportunity to learn, discover your research interests, and build your science network. Science is all about collaborations, and it is important to make these connections early in your career. 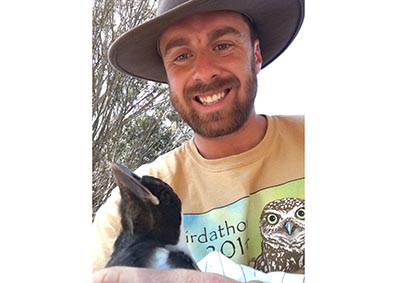