Here you will find six objects from The Tiegs Museum chosen to highlight the quality and diversity of the collection.

Dr Jane Goodall DBE signing the scapula of a chimpanzee skeleton from The Tiegs Museum collection. This took place at the conclusion of her public lecture at Melbourne University on Friday 21st July 2006. The chimpanzee (scientific name:Pan troglodytes) is of special interest as our closest relative among the apes and monkeys (Order: Primates). This specimen is a plastic replica of the skeleton of a 12 year old male (not currently on display). 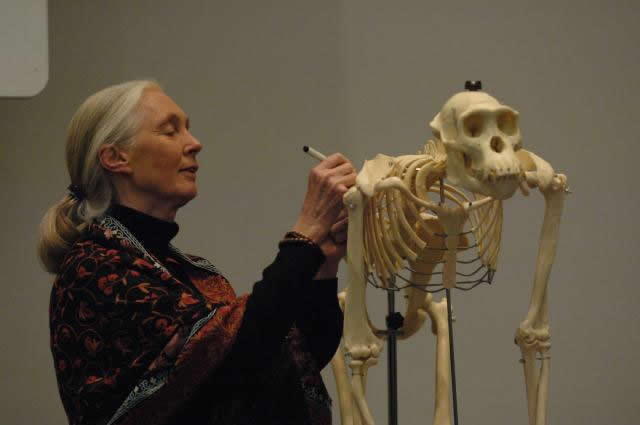 This fine skull of a giraffe (scientific name: Giraffa camelopardalis) is among the larger specimens in The Tiegs Museum collection, being some 60 cm in length (not currently on display). In life, the skull is carried atop a long neck, some 4 to 5 metres above the ground, and is well adapted for browsing on the trees and shrubs of the African savanna. This specimen and some associated neck vertebrae were donated by Melbourne Zoo in 1993 and prepared by staff in the Zoology Department. 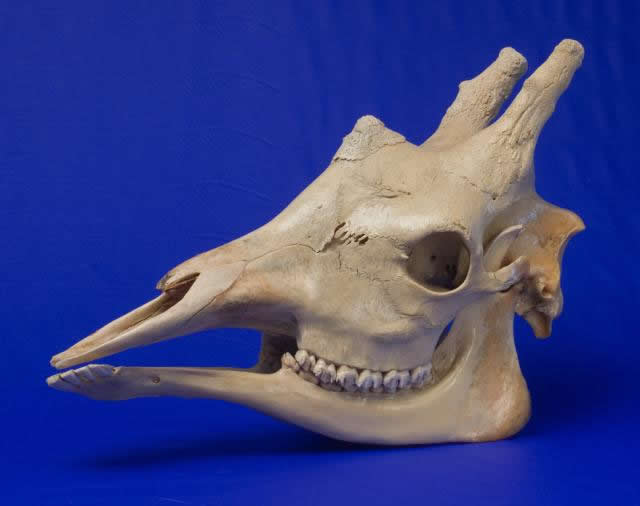 The moa (scientific name: Dinornis robustus) is a large flightless bird and this skeleton is undoubtedly the most magnificent specimen in The Tiegs Museum collection. The photo on this page shows the moa installed in its new display cabinet, 2008. The moa lived in New Zealand until after the arrival of humans but is now extinct. This specimen was brought to Australia by Dr George Armstrong and donated to The Tiegs Museum in 1935. 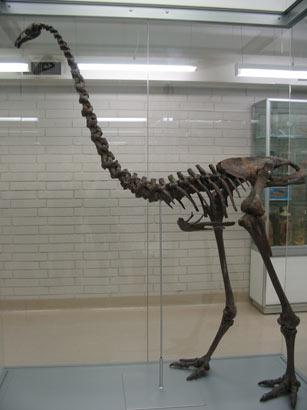 This mounted specimen of a crested porcupine (scientific name: Hystrix leucurus) is a good example of a traditional museum specimen. The external features have been preserved as well as the skeleton and the stuffed animal is mounted in a lifelike position. It has stayed in remarkably good condition over the years. The porcupine's back is adorned with large spines, which are modified hairs, as a defensive strategy. Porcupines are a group of mammals related to rats and mice (Order: Rodentia). 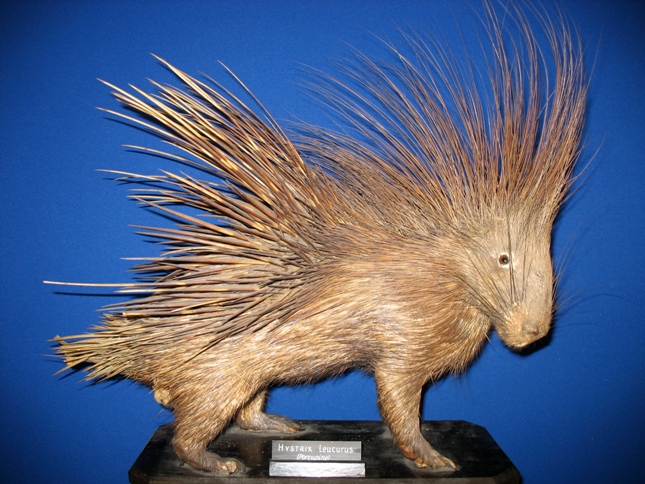 Many smaller specimens in The Tiegs Museum collection are kept in jars filled with a preservative liquid such as alcohol. In this case, there are two specimens of leaf insects (Order: Phasmida; Genus Phyllium) which are not yet adult (nymphs). The bodies of leaf insects are flattened and also coloured to resemble a leaf as a means of camouflage. Unfortunately, the natural colour dissolves away when the insects are preserved in liquids. These specimens were prepared in 1955 during Oscar Werner Tiegs’ time as Chair of Zoology. (Specimen number: 2457) 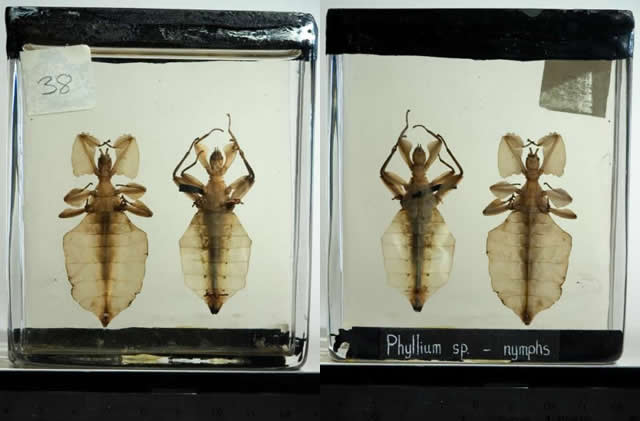 Most animals without backbones are quite small but there are some remarkable exceptions among the crabs (Order: Decapoda; Subphylum: Crustacea). The coconut crab (scientific name: Birgus latro) is one of several large species represented in The Tiegs Museum collection by mounted specimens. This specimen is some 40 cm across. The coconut crab was named for its ability to crack coconuts with its strong pincers and eat the contents. It is the largest crab to live out of water.(Specimen number: 2062) 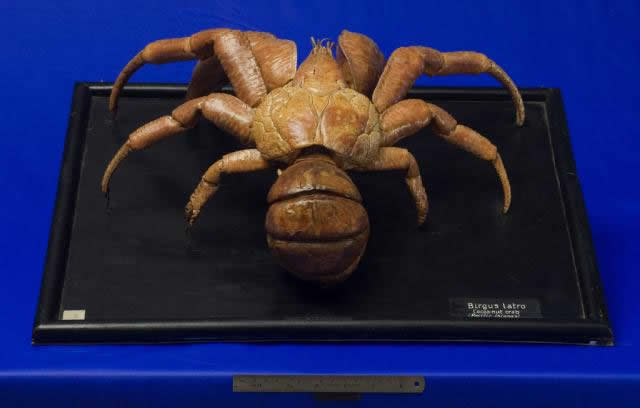